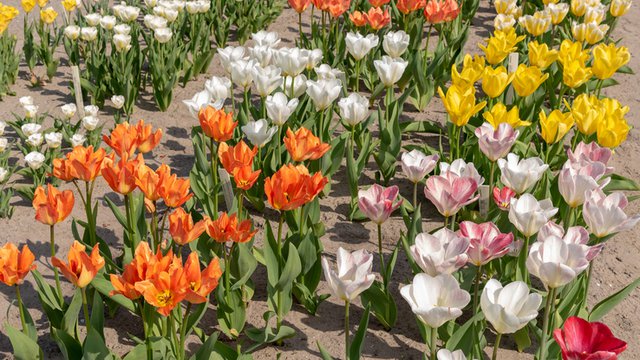 A few times a year, certain Mobile Payments Today content will strike such a nerve with readers that it will continuously finish in the top five slots for any given month.

Such was the case for May as a pair of stories, about two distinct topics, grabbed the top two spots.

My article about Citi’s latest mobile banking study finished second to a contributed piece about the QR code’s role in e-commerce. The latter is a piece of content that topped April as well.

One particular piece in May’s top five I’m fond of is a commentary I wrote about perception that matching reality when it comes to some executives’ views on the payments industry.

Bank of America's Head of Digital Banking Michelle Moore and PayPal CEO Dan Schulman each made separate comments the past couple of weeks about the future of digital payments in the U.S. The problem is that right now, they're way off.

Rounding out the top five are contributed pieces from a pair of NCR executives.

Nav Kullar, marketing manager for NCR Payments, talks about how travelers are increasingly turning to digital payments over cash.

For people heading abroad for vacation or business, cash has long been the primary way of making payments.

It's easy to understand why, as it is convenient and simple to use, accepted everywhere and helps people keep track of exactly how much they are spending.

Compared with credit and debit cards, which may incur additional fees when used overseas, cash has also traditionally been seen as more cost-effective, especially when people who prepare in advance for their trip.

But as digital payments gain in popularity around the world, are attitudes towards cash changing? And if so, what will the payments industry have to do to keep up with the demands of today's global travelers?

4. "Can real-time payments transform the US market?": Real-time payments infrastructure officially arrived in the U.S. with the launch of The Clearing House RTP system in November. Will the technology ultimately prove to be, as predicted, "one of the most important payment transformation efforts in our industry"?

While the U.S. market has been at the forefront of many innovations in banking and payments technology over the years, one area in which it has been conspicuously behind the curve in recent times has been the adoption of effective real-time payments solutions.

More than 20 nations already have access to this technology, and some of these have enjoyed it for some time — the UK's Faster Payments system was launched back in 2008, for example. However, the U.S. has fallen behind, in part due to the lack of a centralized regulatory environment to lead efforts.

But this is changing, and real-time payments infrastructure has now officially arrived in the U.S. In November, The Clearing House announced the launch of its RTP system, with the first payment taking place on Nov.13 between BNY Mellon and U.S. Bank.

So what will this development mean for the U.S. payments market, and will it bring the revolution that has been promised to how the U.S. makes payments?

3. "Perception doesn't match reality in the US payments industry": Bank of America's Head of Digital Banking Michelle Moore and PayPal CEO Dan Schulman each made separate comments the past couple of weeks about the future of digital payments in the U.S. The problem is that right now, they're way off.

Over the course of 10-plus years analyzing, covering and writing about the payments industry, I've heard and read some hefty predictions and proclamations from executives.

Spoiler alert: most of them fall flat. In some cases, they trip into a deep valley never to be heard from again. I'm looking at you, MCX and Softcard.

But even the most respected executives in the industry make claims that don't match the reality of everyday consumers and their payments habits.

Bank of America's Head of Digital Banking Michelle Moore and PayPal CEO Dan Schulman each made separate comments the past couple of weeks that left me scratching my head.

In today's digital world, the majority of bank executives from both small and large financial institutions realize how vital it is to have an engaging and useful mobile presence for their customers.

And for those executives who have yet to grasp just how necessary that presence is for today's digital consumer, consider one interesting nugget of information from Citi's second annual mobile banking study:

That particular data point supports a couple of high-level views bankers have uttered at industry conferences the last two years as brands put more emphasis on the digital customer experience:

1. "How QR codes are changing e-commerce": The QR code – which has had a wild ride – is going to both speed up the e-commerce payment experience and make it more secure.

E-commerce has long relied on the "card-not-present" payment method. At this point, online consumers can do the routine with their eyes closed: Enter their credit card number and billing address into the website form, flip their card around to key in the security code, and click "purchase."

The QR code — which has had a wild ride  — is going to both speed up the e-commerce payment experience and make it more secure.

The security risks associated with the CNP payment method are well known.

Merchants' systems — which store all the information criminals need to commit fraud with consumers' credit or debit cards — have been vulnerable attack points, hence the data breaches we read about daily. They also don't have a way to confirm whether the information a consumer enters is their own or compromised data.

Online businesses that use this payment method expose themselves to hacking, but even if they’re not hacked, they pay a price since there is a higher fee for processing these higher-risk transactions in which the card is not physically present.

So both consumers and merchants are paying a higher price for the convenience of online shopping. But the emergence of QR Codes for payments will show it doesn't have to be that way.