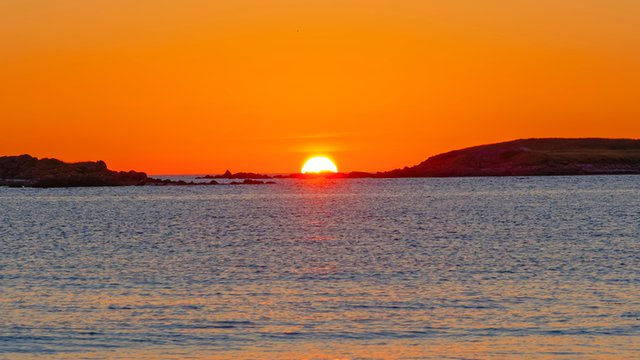 It's not often a news item is the most-read piece of content for a certain month on Mobile Payments Today, but a rumor about Diebold Nixdorf being sold captured our readers' imaginations.

Not much as happened with Diebold since the rumor hit last month, but you can be sure we'll keep you posted on the site.

Another trending topic from August was a story about U.S. banks issuing contactless cards in the coming months.

A recent study from A.T. Kearney urges FIs en masse to begin issuing contactless cards now that merchants have the necessary payment terminals and consumers are more aware of the “tap,” thanks to NFC-enabled mobile payments.

Rounding out the top five most-read stories on Mobile Payments Today in August were pieces about digital payments and retailers; a blog post about tokenization with IoT devices; and a blog post examining AR's role in retail mobile apps.

5. "What is AR's role in retail mobile apps going forward?": Blair Newman, chief technology officer at Bell One, explains that while augmented reality apps offer endless possibilities to engage customers not all apps are created equal. He offers up five key aspects to consider before deployment.

Most retailers are to looking get products and services into the hands and eyes of customers anytime, anywhere, coupled with a high-quality and consistent brand experience. One-way engagement mechanisms such as SMS, email, print, and TV advertising are passive, akin to sending a letter via stagecoach and then waiting around wondering, "Did they receive it?"

Now augmented reality apps are emerging that deliver rich, highly interactive, two-way experiences that visually engage customers and extend products and services to fingertip access, both inside and outside the store. Central to AR apps is they are tailor-made for mobile devices. Houzz reports that mobile users who engage AR are 11x more likely to purchase and spend 2.7x more time in the app.

Whether virtually walking around furniture to pick out the right fabric or choosing the perfect headlamp for a BMW, we are all kids at heart, and AR shopping experiences are lots of fun. Indeed, research shows that nearly 70 percent of consumers expect retailers to offer an AR experience. Meanwhile, research also shows that a whopping 61 percent of shoppers like shopping at stores that offer some kind of AR functionality versus stores that do not.

4. "Tokenization's role in IoT security": While more connected devices is convenient for consumers as far as payments, it also opens a window for cybercrime and security breaches.

Refrigerators, cars, watches, rings – what do all of these items have in common? They are all products that are capable of connecting to the internet and completing transactions or interacting with users via mobile interface. And the number of internet-enabled items is increasing at a rapid pace.

According to Gartner, there will be more than 20 billion devices connected to the web by 2020. Many of these Internet of Things devices also are opening the door for mobile transactions through non-traditional channels, such as ordering food through the refrigerator or using a smartwatch to pay for lunch.

And when it comes to making financial transactions with an object connected to the web, NFC technology means that transactions can be completed without physically pulling out a wallet or smartphone. As technology continues to advance, it will only be a matter of time until nearly every device has a payment capability.

3. "Digital payments and the retailer": Some retail outlets are experimenting with moving to digital payment-only operations. As non-cash payments become the norm, some retailers, particularly in hospitality, no longer accept cash. While there are downsides to managing cash, what are the pitfalls of refusing to deal with it?

Some retail outlets are experimenting with moving to digital payment-only operations. As non-cash payments become the norm, some retailers, particularly in hospitality, no longer accept cash. While there are downsides to managing cash, what are the pitfalls of refusing to deal with it?

Cards have long dominated retail spending by value but according to the British Retail Consortium (BRC), they now also account for over half of all retail transactions too.

Figures published by the BRC state that debit cards account for 42.6 percent of all transactions, whereas cash is 42.3 percent. According to UK Finance, 77 percent of all U.K. retail spending was made by cards. This trend has been driven by the widespread adoption of contactless and other forms of digital payments, which have finally won over the British public. Both the London Business School and the Bank of England have suggested that contactless cards are fueling spending. It is less psychologically painful to pay for an item with a contactless card than it is to part with cash.

2. "The time is now for banks to issue contactless cards": A recent study from A.T. Kearney urges FIs en masse to begin issuing contactless cards now that merchants have the necessary payment terminals and consumers are more aware of the “tap,” thanks to NFC-enabled mobile payments.

Now that the U.S. EMV transition is nearly four years old, financial institutions can focus on the next phase of digital payments: contactless cards.

While contactless cards have had their fits and starts over the past few years in the U.S., a recent study from A.T. Kearney urges banks en masse to begin issuing plastic with the technology now that the merchants have the necessary payment terminals and consumers are more aware of the "tap" thanks to NFC-enabled mobile payments.

"It's time to take the next step [from EMV] and fully take of advantage of the technology that is at the point of sale," Bob Hedges, a partner at A.T. Kearney and one of the report's authors, told Mobile Payments Today in a recent interview.

1. "Diebold Nixdorf reportedly up for grabs with NCR as possible buyer"

Diebold Nixdorf Inc. has engaged Credit Suisse and Evercore to advise the company on a potential sale, according to a report from CNBC quoting people "familiar with the matter."

The report said that talks are still in the early stages, and that the company is targeting NCR Corp. and private equity firms as possible buyers. However, no price has been set for the company and a sale is by no means assured, according to the unidentified sources.

Diebold, Evercore and Credit Suisse have all declined to comment on a rumored sale.

Diebold reported disappointing Q2 results last month and lowered its guidance for the year. At the time, the company said that it was working with lenders to ease its cash flow situation.

Read the rest of the news item.