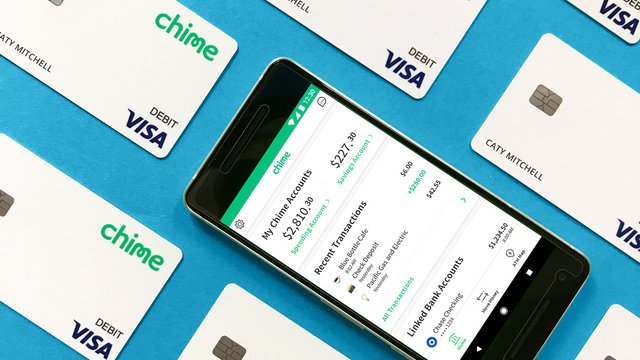 Chime Bank, one of the nation's largest neobanks, is recovering from an outage that left millions of customers temporarily unable to buy groceries, access cash from ATM machines and get their balances.

The outage, which stemmed from a disruption at a third-party processor, and also impacted rival fintech Varo Money, highlights the vulnerabilities facing digital banking customers that rely on mobile apps to conduct banking and have no walk-in branches to get answers to when a crisis hits.

For Chime, which has 5 million customers, the outage represents the third such incident in three months and is being seen as a wake-up call for customers and new entrant players competing in the space.

"In terms of the disruption, last Wednesday our third-party payment processor began experiencing technical issues that caused it to go offline intermittently," Kendra Boccelli, spokesperson for Chime, told Mobile Payments Today via email. "Their outage caused some purchases to be declined and this impacted our ability to show members real-time balances and transaction history."

Boccelli said that card purchases were unavailable for about 4 ½ hours between Wednesday and Friday of last week and Chime has been working around the clock with Galileo to restore all core functionality with the mobile app and website.

Information from the app tracking site Down Detector showed a combination of problems with the mobile app, with logins and with payments. A number of customers complained that their direct deposits failed to transfer to their accounts.

A spokesperson for Ookla, which operates Down Detector, said the site just started tracking Chime and did not have historical data on the site dating back to the summer.

"We realize how frustrating this situation has been for our members and we're deeply sorry this occurred," Chime spokesperson Boccelli said. "Right now our entire leadership team is focused on reaching out to members that were negatively affected by this incident, and as a company we are focused on doing right by our members."

Federal regulators at the FDIC had received more than 200 complaints related to the outages as of last Friday, sources familiar with the deliberations told Mobile Payments Today.

Chime receives its FDIC insurance backing through a partnership with Bancorp Bank, based in Salt Lake City, Utah, which was in contact with federal regulators regarding the outages, according to sources.

Fintech regulation has been a longstanding issue in recent years, as an effort has state regulators in certain jurisdictions like New York have fought efforts to offer national charters for fintechs as a way to provide unified legal requirements.

Galileo Financial Technologies, the processor for Chime, confirmed to Mobile Payments Today that it suffered an "operational incident" on Oct. 16, which affected its ability to support transactions for a small number of customers.

The Salt Lake City-based company operates a technology platform that is used by many of the world's leading digital banks and other companies to process transactions. Galileo's technology, which uses APIs, help companies do everything from open accounts to process card transactions and provide real-time notifications of bank activity.

"Our team is taking this matter seriously and we understand our significant responsibility to our clients and their customers," Galileo CEO Clay Wilkes told Mobile Payments Today via email through a spokesman. "We are committed to actively resolving the situation and returning to normal operations as quickly as possible."

Varo Money, rival fintech that also works with Galileo confirmed that it suffered a brief disruption in service. Varo had about 750,000 registered users as of September.

"Varo experienced a minor disruption in processing that resulted in short delays for some Varo customers last week," according to an emailed statement from the company. "These issues were resolved quickly, within an hour or so, and we were able to resume normal operations."

The company said it immediately responded to the processing glitch and worked with customers to make sure any disruption in their banking services was minimal. The company said its top priority is to ensure that Varo customers can access and use their money as they need.

A spokesman for Revolut, a U.K.-based challenger bank that works with Galieo for certain services, said their operations were not impacted.

The Chime outage is certainly not unique to this one fintech, and in an increasingly digital world, it is part of the price of transformation of the financial industry, according to analysts.

"No financial institution worldwide, small or large, digital only or not, is immune to these problems," David Albertazzi, research director, retail banking and payments at Aite Group, told Mobile Payments Today via email. "The reasons tend to vary, ranging from a planned maintenance or update that goes wrong to something more severe, including outages at third-party service providers."

He noted that while the deposits of customers are not at risk, as Chime 'rents' its FDIC banking license from Bancorp, customers still feel frustrated by being unable to access their funds.

"Furthermore, in the absence of branches or when dealing with digital or card-based transactions, fallbacks are limited," he said.